The magical world of K-Pop is replete with catchy vocals, animated dance moves, incredible imagery, addictive music videos, hip fashion and hysterical fandoms. Which is why, K-pop idols continue to dominate pop culture and shatter YouTube viewership records. Groups such as BTS and Blackpink have already introduced millions of people to K-pop and made K-Pop music mainstream. We have listed some of the best Kpop groups who continue to bedazzle us with their catchy songs, breathtaking visuals and artistry. Let’s get started. 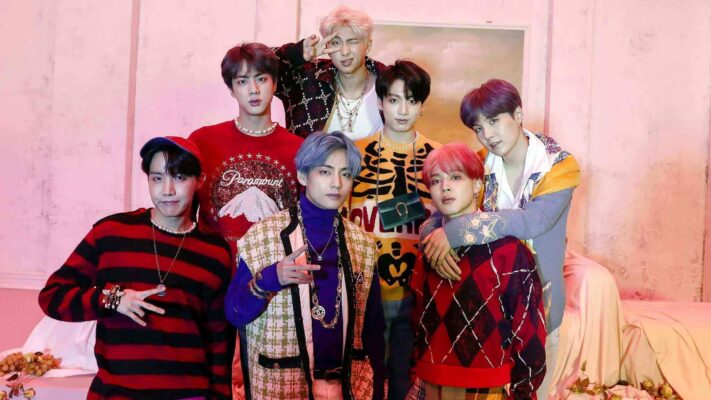 A name synonymous with the rise of Kpop, BTS or the BangtanBoys (Beyond the Scene) is the first K-pop group to win a Billboard Music Award and perform at the American Music Awards. They have a ton of other whacky records to their name such as being retweeted more than half a billion times worldwide and taking the crown of the most tweeted celebrity in 2017!  BTS comprises seven members: V, Jin, RM, J-Hope, Jimin, Suga, and Jungkook.

What makes them special? BTS compose, produce their own music as well as write lyrics for their songs. BTS is also renowned for blending dance-oriented K-pop music with hip-hop influences in their songs.

The massive fandom of BTS worldwide is affectionately referred to as the Army, which BTS claims as their main inspiration to preach their message about “loving yourself”. 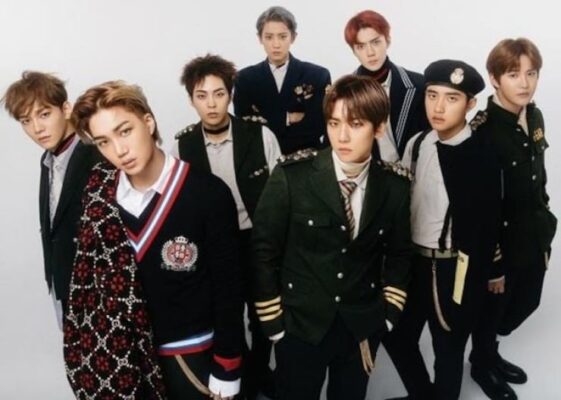 Formed in 2011 by S.M. Entertainment, EXO actually made their debut in 2012 comprising twelve members. They were later divided into two subgroups, EXO-K and EXO-M, performing music in Korean and Mandarin languages respectively.

Forbes Korea Power Celebrity ranked EXO as the most influential celebrity” twice in 2014 and 2015. Currently, EXO comprises nine members namely, Xiumin, Baekhyun, Chanyeol, Suho, Lay, Chen, Kai Sehun, and D.O. All in all, if you are new to KPOP mania, EXO is definitely one of the best Kpop groups to check out.

Featuring four multinational, sassy women, BlackPink have blazed their own trail since their stunning debut circa 2016. Highly popular on YouTube, BlackPink’s song “Kill This Love” has accrued over 333 million views from their dedicated fandom, lovingly called Blinks.

As well as being Kpop idols, BlackPink’s members have also become fashion icons in their own right by collaborating with luxury brands such as Chanel. So much so, ever since their inception BlackPink have been widely regarded as one of the best Kpop groups with female members or idols.

A unique K-pop boy group, Got7 comprises seven multinational members who come from diverse countries such as the U.S, South Korea, Hong Kong and Thailand. Got7’s members JB, BamBam, Jackson, Mark, Jinyoung, Yugyeom, and Youngjae debuted in 2014 with their mini-album “Got It?”. Upon its initial release the band garnered immense and steadfast popularity.

Moreover, their live performances on stage incorporate street dance blended with various elements of martial arts tricking which are a sheer delight to watch.

Although they are called Seventeen, this Kpop group only has 13 members namely: Mingyu, The8, S.Coups, Jeonghan, Woozi, Vernon, Joshua, Jun, Wonwoo, DK, Seungkwan, Hoshi, and Dino. In fact, the name Seventeen signifies the medium age of the members at the time of the band’s inception.

Seventeen is divided into three teams, each with a specialized area of expertise: vocals, performance and hip-hop. What’s more, Seventeen is amongst the coveted list of Kpop boy groups that do their own music composition and production in terms of choreography and discography.

Another massively popular k-pop boy group, NCT incorporates an interesting concept in that it has an unlimited number of members. The acronym NCT stands for “Neo Culture Technology”. Currently, NCT comprises 21 members (still increasing) divided into multiple subunits based out of many various cities across the world! In 2016, NCT U was the first and main group unit that made its debut.

At first, the main unit of NCT announced only two members – Mark and Jaehyun who were later accompanied by 7 other members. Moreover, NCT 127 was the second sub-unit followed by NCT Dream and WayV subsequently. Interestingly, NCT127 is based in Seoul, whereas another sub-unit, WayV, is based in China.

Consisting of nine members, Twice is a female K-pop group that rose to prominence from the Korean reality show Sixteen. What makes them stand out is their expressive use of fashion imagery ranging from themes such as stunning princesses, to cute to sexy models.

On the music front, their songs and albums released in Korean and Japanese have topped international music charts multiple times. Which is why it is considered as one of the best Kpop groups to have emerged in the last few years.

With a knack for unique, fun concepts coupled with stunning visuals, Red Velvet have amassed millions of fans in many countries around the world.

Thanks to their versatile musicality and diverse visual styles, Red Velvet are a staple feature in many lists about the most influential K-pop girl groups to have ever existed. Red Velvet’s five members continue to gain new followers and display their quirkiness via unique artistry.

One of the most popular groups in the Kpop universe, Big Bang’s smash hit song “Bang Bang Bang” came to prominence on the global stage and helped the genre of K-pop garner millions of fans across the world.

Interestingly, like several others on our list of the best kpop groups, the four members of Big Bang are very meticulous about their music and produce their own songs as well choreograph electrifying stage performances for their legions of fans.

Also known as SNSD, Girls’ Generation have been touted as “The K-Pop Nation’s Girl Group” in several Korean magazines thanks to their incredibly popular and catchy songs.

Although no longer active, they are one of the most creative Kpop groups musically, as their song’s genres run the gamut from EDM to bubblegum pop. What’s more, Billboard named them as the best K-Pop Girl Group of the Past Decade in 2017.

Consisting of six members, Astro is a unique K-pop boy group whose members have also starred in the Korean web drama series “To Be Continued”. The members are Sanha, MJ, Jinjin, Rocky, Moonbin, and Eunwoo.

Before debuting in 2016 with their mini album, Spring Up, Astro’s members were all iTeen Boys training in a talent development program under the label Fantagio iTeen. Interestingly, Billboard even named them as one of the new best K-pop groups to emerge in recent years.

Stray Kids have quickly accrued a devoted fan following riding high on their carefree and wild image. The K-Pop group’s debut album became a global hit as it landed on number one position in iTunes Charts in several countries.